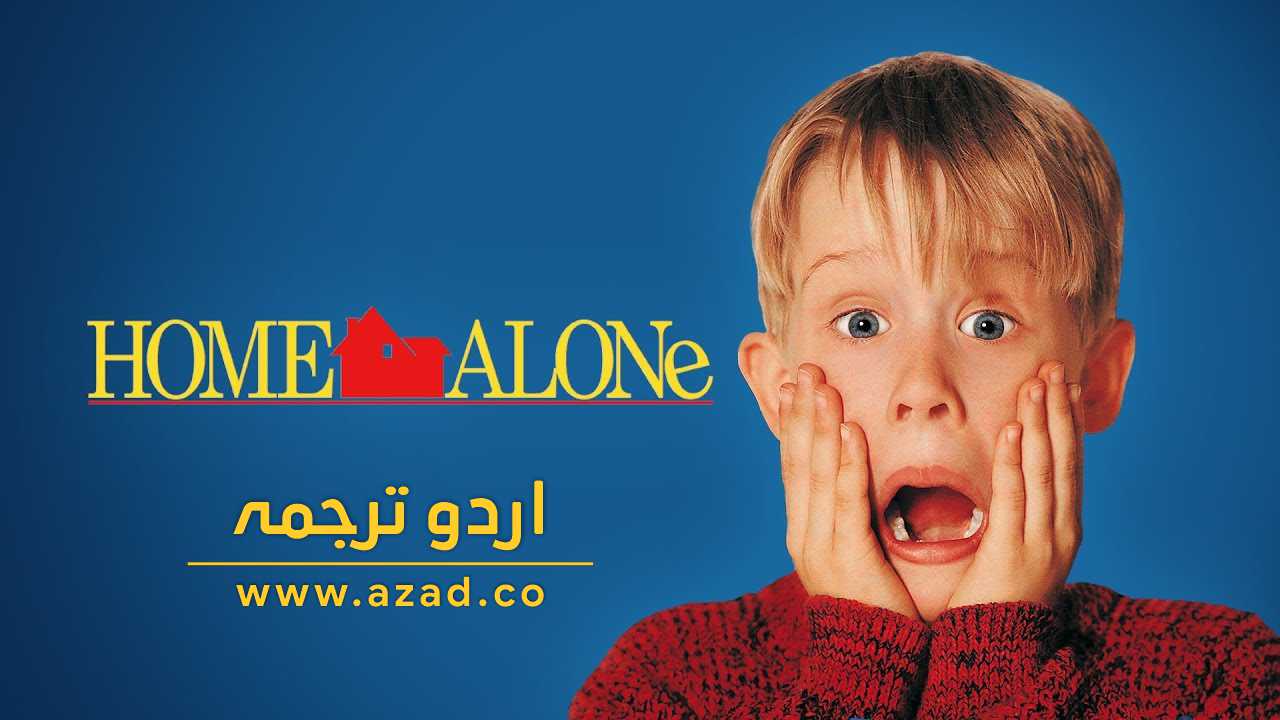 Home Alone is a 1990 American comedy film directed by Chris Columbus and written and produced by John Hughes. It is the first film in the Home Alone franchise, and stars Macaulay Culkin, Joe Pesci, Daniel Stern, John Heard, and Catherine O’Hara. Culkin plays Kevin McCallister, a boy who defends his Chicago home from burglars after his family accidentally leaves him behind on their Christmas vacation to Paris.

The McCallister family is preparing to spend Christmas in Paris, gathering at Peter and Kate’s home in a Chicago suburb on the night before their departure. Peter and Kate’s youngest son, Kevin, is the subject of ridicule by his older siblings. Later, Kevin inadvertently ruins the family dinner and their flight tickets to Paris after a scuffle with his older brother Buzz, resulting in him getting sent to the attic of the house as a punishment, where he berates Kate and wishes that his family would disappear. During the night, heavy winds damage the power lines, which causes a power outage and resets the alarm clocks, causing the family to oversleep. In the confusion and rush to get to the airport, Kevin is accidentally left behind.

Kevin wakes to find the house empty and, thinking that his wish has come true, is overjoyed with his newfound freedom. But he soon becomes frightened by his next door neighbor, Old Man Marley, who is rumored to be a serial killer who murdered his own family, as well as the “Wet Bandits”, Harry and Marv, a pair of burglars who have been breaking into other vacant houses in the neighborhood and have targeted the McCallisters’ house. Kevin tricks them into thinking that his family is still home, forcing them to put their plans on hold.

Kate realizes mid-flight that Kevin was left behind, and upon arrival in Paris, the family discovers that all flights for the next two days are booked, and that the phone lines are still down. Peter and the rest of the family stay in his brother’s apartment in Paris, while Kate manages to get a flight back to the US in Dallas, Texas, but only gets as far as Scranton, Pennsylvania. She attempts to book a flight to Chicago, but again, everything is booked. Unable to accept this, Kate is overheard by Gus Polinski, the lead member of a traveling polka band, who offers to let her travel with them to Chicago on their way to Milwaukee in a moving van, which she gratefully accepts.

Meanwhile, Harry and Marv finally realize that Kevin is home alone, and on Christmas Eve, Kevin overhears them discussing plans to break into his house that night. Kevin starts to miss his family and asks the local Santa Claus impersonator if he could bring his family back for Christmas. He goes to church and watches a choir perform, then meets Old Man Marley, who dispels the rumors about him. He points out his granddaughter in the choir, whom he never gets to meet, as he and his son are estranged; Kevin suggests that he should reconcile with his son.

Kevin returns home and rigs the house with booby traps to take on the burglars. Harry and Marv break in, spring the traps, and suffer various injuries. While the duo pursues Kevin around the house, he calls the police and flees, then lures Harry and Marv into a neighboring home which they previously broke into. They ambush him and prepare to get their revenge, but Marley intervenes and knocks them unconscious with his snow shovel. The police arrive and arrest Harry and Marv, having identified all the houses that they broke into due to Marv’s destructive characteristic of flooding them.

On Christmas Day, Kevin is disappointed to find that his family is still gone. He then hears Kate enter the house and call for him; they reconcile and are soon joined by Peter, Buzz, Jeff, Megan, and Linnie, who waited in Paris until they could obtain a direct flight to Chicago. Kevin keeps silent about his encounter with Harry and Marv, although Peter finds Harry’s knocked-out gold tooth. Kevin then observes Marley reuniting with his son, daughter-in-law, and granddaughter. Marley notices Kevin, and the pair wave to each other.