Kung Fu Jungle (2014), also known as Kung Fu Killer, Urdu Dubbed Chinese Movie, is starring Donnie Yen. A martial arts instructor from the police force gets imprisoned after killing a man by accident. But when a vicious killer starts targeting martial arts masters, the instructor offers to help the police in return for his freedom. 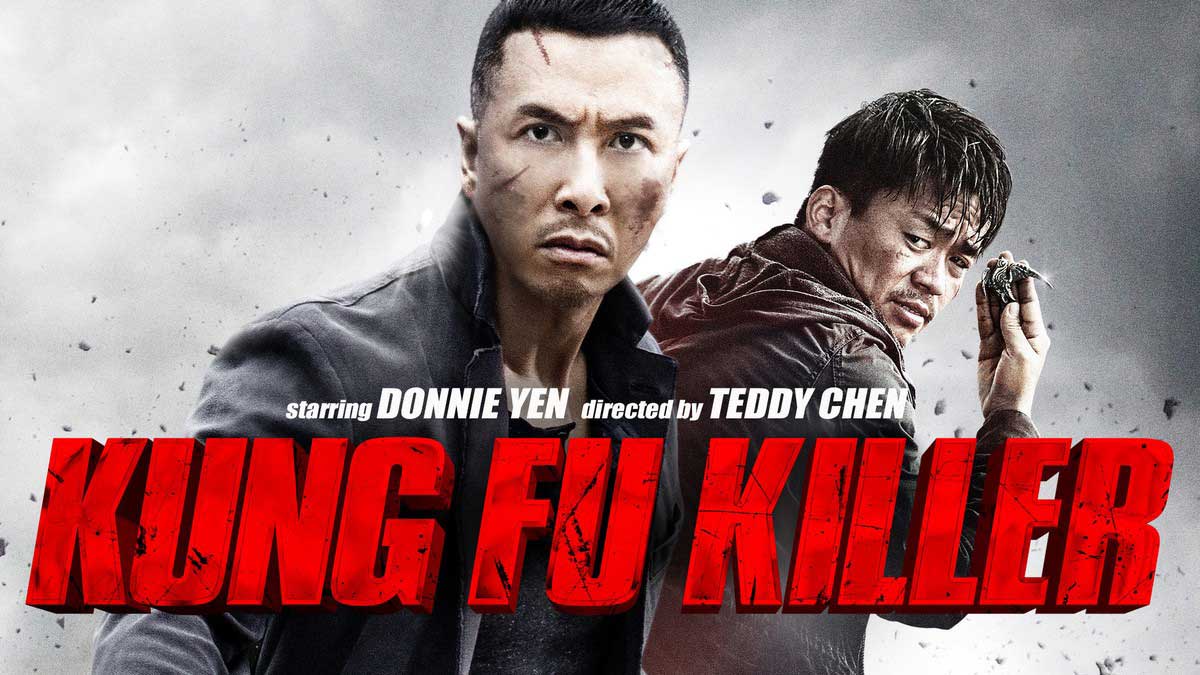 Kung Fu Jungle, also known as Kung Fu Killer, released in 2014. We are presenting it as Urdu Dubbed Chinese Movie.

The film, which had its world premiere at the London International Film Festival, is set to open October 30 in Hong Kong and a day later in China, and the star power of Donnie Yen (who also serves of action director) and Wang Baoqiang (star of massive Chinese box office hit Lost In Thailand) combined with the sizzling martial arts action should see it as success in the region. Donnie Yen’s drawing power from the Ip Man films could also see it interest international distributors and other film festivals.

Martial arts instructor Hahou Mo (Donnie Yen) has been jailed for several years after admitting killing someone in a fight, but when he sees that a vicious killer named Fung Yu-sae (Wang Baoqiang) is killing off top martial arts exponents, leaving behind a small metal weapon called ‘Eaves Swallow’ as his calling card, Hahou offers to help police track him down. He realises that Fung is killing experts in each discipline (boxing, kicking, grappling etc) with the intention of therefore being the best of the best.

When Hahou vanishes after a close encounter with Fung, police suspect he may be in league with him, but he heads to his home in Foshan to learn more about the ‘Eaves Swallow’ and also to make sure his love Sinn Ying, played by Michelle Bai (aka Bing Bai) is safe. He discovers more about Fung’s identity and motivation – he has a crippled leg and over-compensated in his martial arts training, and has clearly been unhinged following his wife’s death from cancer – and with police hot on his trail after they find Fung had visited him in prison, the film heads towards a series of showdowns.

After a thrilling stakeout in the waterways of Lantau where police almost catch Fung, Hahou realises he must face Fung alone. Both men are martial arts fanatics, but Hahou has come to realise he needs a moral code to help and protect while Fung is convinced the philosophy of martial arts is to kill opponents. Their final showdown in amidst speeding container lorries is a perfect climax to a film that celebrates the best in martial arts (the film’s closing credits pays tributes to martial arts exponents who feature in this an other films) by staging some seriously cool fight scenes.

As usual, Donnie Yen is perfection as an honourable man with great skills…it is a persona he has refined in recent years, and his placid and unflappable look is perfectly balanced by Wang Baoqiang’s snarling and scarred hooded killer. Michelle Bai makes a fine – but limited impact – as Sinn Ying, who has some sword skills of her own, while Charlie Young is also striking as the police officer leading the investigation. She is a tough but fair cop whose character comes into her own as the story develops.

The final showdown is beautifully staged – especially a pole-fight sequence – but the film also features a series of stylish and nicely brutal fight scenes, including a sword-fight battle in a movie studio set; a grappling fight in a tattoo parlour and perhaps most strikingly a fight using kicks in a Kowloon arts centre atop a massive art piece skeleton. Martial arts films have perhaps been overtaken in Hong Kong-China cinema by the gun-heavy cop dramas, but Kung Fu Jungle shows just how much fun there is to be had from a film that features some of best martial parts performers around.